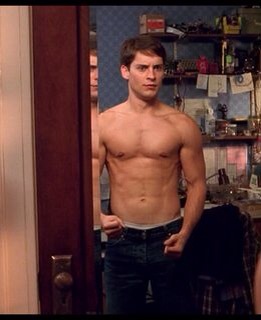 What Spiderman can teach us about C-section scars.

Last week I posted a facebook update about C-section scars and asked how many of you had been advised to undertake scar massage following your surgery and healing. I was utterly surprised that not one of you had been given this information. Just as none of the amazing ladies I had spoken with at a presentation recently had either.

So I’ve decided to write a post on the subject. Because I get the feeling this is an issue which is affecting many, many women unknowingly. If you’ve ever had a C-section (or any other type of abdominal/pelvic surgery), if you had a severe perineal tear during birth or if you’ve had gynaecological surgical procedures, such as for endometriosis – then read on!

This series is all about scar tissue and adhesions, and the impact they can have on your insides! But I’m going to start by talking about hands. Bear with me, it’ll all make sense soon….

I first came across the issue of scar tissue and “adhesions” when I was working in hand therapy. At this time a fair percentage of my clients were angry young men who had punched walls or windows instead of people in acts of displace rage, and had sustained significant traumatic injuries to their hands – a far cry from my current role as a Women’s Health OT! My job back then, as an OT/Hand Therapist was to custom build a thermoplastic hand splint for my client and to develop a rehabilitation program to promote healing, repair, motion, flexibility and strengthening of their hand structures. Part of this was to advise them how to prevent adhesions. In hand therapy adhesions are a big bad. We want to avoid them at all costs, because they can seriously interfere with the functioning of your wrist, hand and fingers. As anyone with opposable thumbs will tell you – that’s pretty important.

Whenever we cut or tear a body tissue, as in a surgical cut or an accidental gash or puncture wound, the body will immediately start to repair itself through the inflammation process and the formation of scar tissue. Now, trust me when I say that scar tissue is a pretty awesome invention – I’m not bad-mouthing it at all. It’s a totally necessary function of our amazing bodies which allows us to repair and put back together parts of our body which have been cut open. Quite important really.

So the primary goal of scar tissue is to close over wounds in the fastest way possible – but left unchecked it will just shoot this scar tissue out everywhere forming messy webs, instead of the nice neat bonds which adhere only to the structures we want them to adhere to.

Do you remember the scene in Spiderman when Tobey MacGuire first realised he could shoot spiderwebs out of his wrists? (Which, btw, is totally gross!) Anyway, he goes a bit cray-cray, shooting webs here, there and everywhere in the privacy of his bedroom – which ends up with spiderwebs soaring all across the room haphazardly, sticking everything together in one big interconnected webby mess.

Now, I couldn’t find a screenshot of the scene I’m talking about, so here’s a gratuitous pic of Tobey Maguire without his shirt on instead. You’re welcome.

This is kind of like what scar tissue does inside your body when it’s left to its own devices.

Basically, it goes all Spiderman-in-training on you and shoots little scar tissue tendrils out everywhere. So the scar tissue that is forming within your skin layer might start shooting tendrils down to your underlying muscles – which bonds the skin to the muscles, or it might go further and send tendrils down which attach the muscles to your internal organs – such as your bowel or bladder. This is what we call an “adhesion” when two structures which aren’t supposed to be joined, end up stuck together. This is bad news, because it means that one or more of those structures might not work the way it’s supposed to work from that point on.

This is kind of like what an adhesion does. It attaches the skin to the muscle, which means that we can’t move that muscle through its full range of motion anymore. See why we’re pretty hot on it in hand therapy?

Yeah, yeah Sarah – but what has this got to do with C-section scars??

Clearly, the impact of adhesions is quite obviously demonstrated on our hands, which are designed to move through a wide range of intricate movements. But it’s not so easily demonstrated on our bellies. Which don’t require the same dexterity as our hands. Which is why this so often goes untreated for so many women.

But the fact is, that this very same scar tissue process is happening in our bodies after we have a C-section. And the thing with a C-section is that there are several layers of skin, muscle, organs and fascia involved. All of which are cut and which need to be sewn up separately following the delivery – which is why the stitching up phase is much longer than the incision phase.

So knowing that we have several layers of body tissue all healing and all producing scar tissue at the same time, there’s a very real possibility of abdominal adhesions here. So there you go. Hand therapy to C-sections in quick flick of a surgeon’s scalpel.

Stay tuned for the next instalment, where we’ll talk about the impact scar tissue and adhesions can have on our internal abdominal and pelvic structures, how we can go about prevention adhesion formation and what we can do to reverse any which may have already formed.

Something interesting happened today at one of my worksites. One of the staff, a Kenyan man, was showing a video on his phone of children dancing in a Kenyan village (much like this video I found on youtube!). The staff members watching the video were absolutely transfixed, astounded at the way these kids could MOVE! With such ease, lightness, freedom and spirit. The general chatter was something along the lines of: “I could never get my body to work like that”.

Why not? Where have we, in the western world, got it so wrong, that the notion of being able to control our bodies to move beautifully and intricately is so lost?

Our bodies are designed to move.

The human body is an absolutely amazing construction. Just think for a moment about the more than 600 muscles, 200 bones and 200 joints that work together to form the human anatomy. Not to mention the brain, spinal cord, spinal nerves, and neural pathways that work in concert to operate this brilliant structure.

A creation this beautiful, capable and complex was not created to sit behind a desk all day. Or to slouch on the sofa with an iPad in hand. It was designed to move. To run, jump, crouch, leap, tumble, stroll, dodge, amble, skip, hop, sashay, jostle, climb, crawl.

It was designed to move. To dance.

It was not so long ago that our silver screen heroes were people like Fred Astaire and Ginger Rogers, now it’s the Kardashians. Not so long ago that young people would congregate at public halls to dance the night away, now we meet at restaurants and take pictures of our food.

With our current lifestyles being ruled by seats and screens, it’s no wonder we’ve lost touch with our ability to move. That we no longer feel confident to command and control our bodies to move at our will. We live in a time where it’s reinforced to us that we are at the mercy of our bodies – through injury, illness, sickness, weight. And that our bodies are at the mercy of society, of our environment.

Kids know how to move. When do we lose this knowledge?

From the moment we start school we’re plonked in a chair and told to sit still for several hours a day. Fast forward 12 years later and we move to an office cubicle, where we’re expected to do the exact same thing. Where we email a colleague three offices away to save ourselves from the hassle of getting up and walking.

Have we, as a society, really lost our ability to move?

Or have we lost our belief in our right to move?

Want to regain control of your body?

Get up and move.