Is motherhood a soft skill? 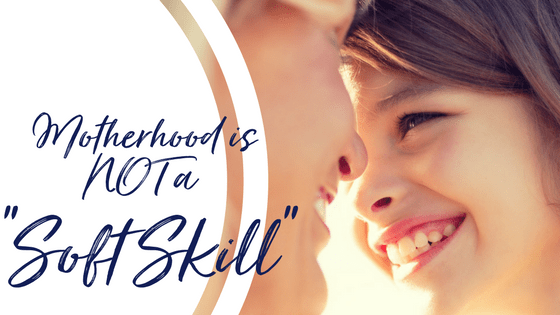 Do you ever feel that the concept of supporting mothers through motherhood doesn’t quite get taken seriously enough? That the people who choose to work with and for mothers somehow carry a little less weight, a little less credibility?

That personal trainers who choose to specialise in fitness for Mums are thought of as “Mummy trainers”, that lawyers who work in family law probably aren’t as smart as those working in international relations, that psychologists who support women through Post Natal Depression are “just a shoulder to cry on”, that a business coach who specialises in working with Mums who own a business is just a “Mumpreneur”, or that a physiotherapist who chooses to focus on postnatal rehabilitation probably couldn’t cut it in the sportsmed field?

I often feel there’s an undercurrent of this in today’s society – and the most frustrating thing for me, as an Occupational Therapist who works primarily with mothers, is the underlying assumption that there are better things I could be doing with my degree than “helping the Yummy Mummies”. Because the way I see it, this is the most important work I’ve done in my career so far.

At the beginning of my life as an occupational therapist, I worked in the field of vocational rehabilitation. My job involved supporting unemployed people with disabilities or injuries to find suitable and sustainable employment.

Part of the role was helping individuals figure out what their strengths were. This was often challenging, but at the same time immensely rewarding. Anyone who has been unemployed for a period of time would know how much it can impact your confidence and self esteem, and the people I was working with were often battling with the double whammy of long term unemployment and an injury which heavily affected their work capacity. Helping these people to identify their strengths was often difficult, because their confidence and self esteem had simply been eroded to the point of non-existence over a period of months, years, or even decades.
But it was always valuable work identifying strengths – because people always have strengths, even if they feel they don’t. Frequently we would classify these strengths into what we called “vocational skills” and “soft skills”. Vocational skills were those that were directly related to performing a paid job – such as does this person have a truck licence, can they use an excel spreadsheet, do they have a trade certificate? The soft skills were those skills or attributes a person possessed which weren’t specifically required for the job, but which would make them a valuable employee. For example – were they punctual, well presented, did they work well in a team environment, did they have a friendly and welcoming demeanour?

The comparative value of soft vs vocational skills has long been the subject of debate among human resource circles.

The irony is, while the soft skills are often thought less of, they are actually more important in a worker – because they better represent the true personality of potential employee. But because they don’t come with a certification or a parchment, they are often less valued and considered ‘nice to have’ but not as important as the ‘hard’ skills.

Sometimes I feel like motherhood gets treated like a ‘soft skill’ by our western society. Under appreciated and frequently disrespected. 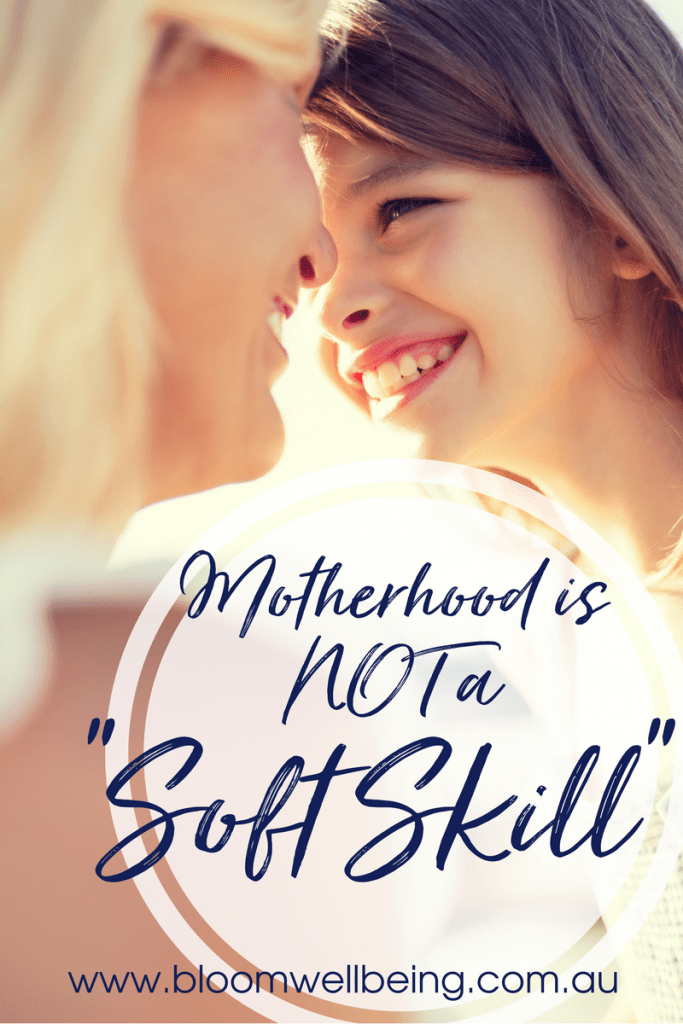 As a health professional working in this area, I’ll admit to initially feeling a little conflicted about choosing to focus my work in this area. How much support do Mums really need? Wouldn’t my time be better spent working with people who’ve had a stroke? Or children with autism? Or teenagers with spinal cord injuries? Or something else equally as altruistic?
Are mothers really in need of specialist rehabilitation or wellbeing support?

The short answer is yes.

When I began working with this population early in my motherhood journey I hadn’t experienced a broad range of the challenges and adversities that mothers frequently face. I had one lovely baby who fed well and slept 16 hours a day. I was truly blessed, I know that now. But around me I saw other mothers grappling with so many more difficulties than I had. Women struggling with postnatal depression, battling musculoskeletal injuries, raising children with life threatening illnesses or challenging behavioural conditions, or doing it all as a single mother. Often without much support, guidance or understanding from the broader community. The traits they demonstrated throughout motherhood included resourcefulness, negotiation, physical and emotional strength, resilience, amazing communication skills, delegation, scheduling, managing competing priorities – the list goes on. And sure – these skills too might be considered soft – but they’re not. Particularly not when they’re being implemented in the process of raising future generations.

It was then that I realised how much society treats motherhood as a soft skill. When in actuality – it’s one of the most challenging, multifaceted skills a person can possess.

From that point on I never again questioned my role in working with mothers. For me at this stage in my career, its where I feel I can have the greatest impact in my world, and the world that will one day belong to future generations.

So no, motherhood is not a soft skill. If you’re a mother please don’t ever let anyone convince you otherwise. Whenever you start to feel disillusioned and perhaps unconvinced of the role you’re playing in this life, always remind yourself of the gravity of your role. You are creating, teaching and leading the future custodians of our world.

There’s nothing soft about that.

And if you’re a professional who supports women through the motherhood experience, please always know just how important and specialised your role is – don’t ever let anyone doubt you, your abilities, or your choice to work in this field.