Postnatal incontinence. So not cool. 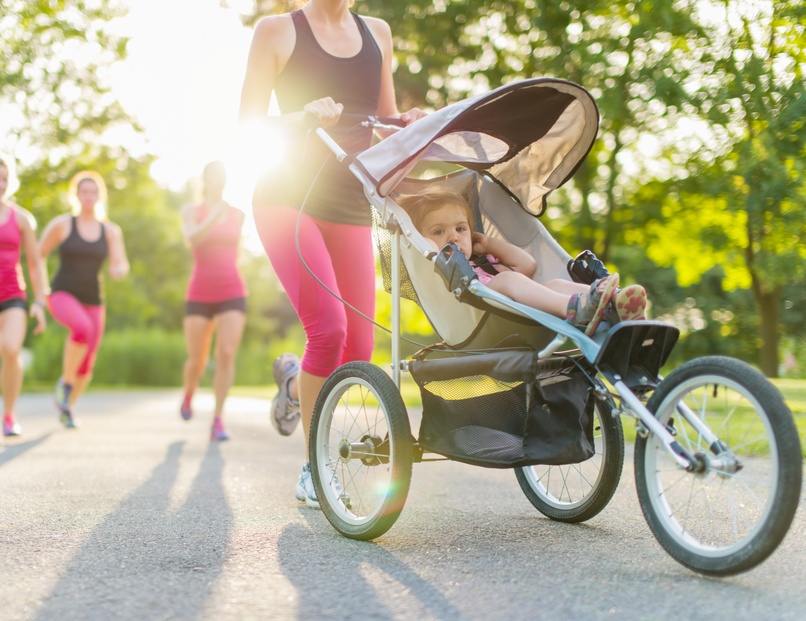 I came across this article yesterday on the Women’s Running Magazine facebook page and it got me fired up.

In case you missed it, it’s a story from a running blogger named Steph, about her little quirks that make her #uncool. Here’s what Steph wrote:

A campaign was launched last week with the title and theme of #WeAreAllUncool. The idea is to celebrate that we all have quirks, habits and differences that make us unique. Sometimes these traits lead us to feel vulnerable and embarrassed about our shortcomings. We should not have to apologize or feel ashamed.

Steph goes on to talk about the fact that she wears a sanitary pad every time she runs or works out, because she has a postnatal continence problem.

I wear granny underwear under my running shorts—even spandex—because I pee my pants on every run and workout since having my son 9 months ago. I have to wear a maxi pad to help avoid soaked pants post-run. It leads to a super-hot look when I’m rocking light-colored spandex.

Now I don’t know Steph at all. I don’t know her story of her pregnancy and labour and I don’t know what she’s been doing in terms of pelvic floor rehab. She’s clearly very fit and healthy and is an elite level runner, so I’m presuming she has great coaches and (hopefully) a top-notch physio on hand. But the reality is, she has a serious continence issue.

Now I’m not setting out to shame Steph – not at all. In fact, I think it’s remarkably brave of her to put this out there in the public arena, and opening up this conversation is always good. So many women would simply keep this to themselves and pray that no-one else finds out. So kudos to you Steph, for your bravery!

But here’s my issue, and this is what I got fired up about.

There is no context around this article. And there is no call to action for other women who may be experiencing the same problem.

I applaud Steph for bringing this issue to light. Truly I do, because it’s a serious and extremely common concern for many women, particularly those who have had children.

But I wish that Steph – or Women’s Running Magazine – would have gone a step further and talked about what she’s doing – or could do – to address this issue.

Did she consider taking time off from running to get this issue resolved before she started running again?

Does she have a great women’s health physiotherapist she’s working with to get this under control?

Or did she have a severe tear which has led to significant perineal damage and the resultant incontinence?

I don’t know, but I wish there was a little more context around her frank admission, in order to give all of her readership a little more food for thought.

Instead, what we got was several other women telling their stories of incontinence, and Women’s Running facebook page replying with “Don’t worry ladies, it is so common. It feels better knowing it happens to everyone!”

I think the basis of the #WeAreAllUncool campaign is great (though I think it should be renamed #WeAreAllCool) – it’s about embracing our uniqueness, diversity and all the little foibles that make us human. That is totally cool. It’s cool to be different. In fact, it’s completely freakin’ awesome and it’s what makes this big, wide, crazy world a great place to live.

The campaign encourages us to not be ashamed or embarrassed about who we are and how we are different.

Certainly, any type of urinary incontinence has the ability to make a woman feel embarrassed, vulnerable and ashamed. Which is why I talk about it a lot. Which is why we focus on this exact topic in my postnatal wellbeing and recovery program, Body Mind Baby. Because I don’t want women to feel embarrassed or ashamed if they experience urinary incontinence. I want them to be able to address it and overcome it.

But I don’t want them to celebrate it. And that’s what this campaign is about – celebrating our uniqueness.

I know it may seem like I’m nit-picking here – but I think an issue as important as this shouldn’t be included in a campaign about celebrating our bodies – at least not without context. Because it’s actually not something that should be celebrated. It’s something that should be addressed and treated – because for the majority of women it CAN be treated.

I want women to feel comfortable to be able to talk about the fact their experiencing postnatal incontinence. But I also want them to be empowered enough to say, “I’m not going to accept that – I know there are options available and I’m going to do whatever it takes to fix this issue”.

What I’d like women to know is that “no leakage is normal”. So yes, even if you just leak a “little bit”, even it it’s only when you sneeze, jump on a trampoline or do a star-jump – that is not normal. BUT, in the vast majority of cases it CAN be resolved. So that woman can undertake all those activities again without any leakage. It is possible for the absolute majority of people.

But, recovering from postnatal incontinence takes commitment, time and effort. It also requires a great deal of respect for the body and its healing process, and an avoidance of high impact activities – such as running – until continence issues are resolved. Because if you continue to place lots of pressure on a dysfunctional pelvic floor – it is NEVER going to heal. 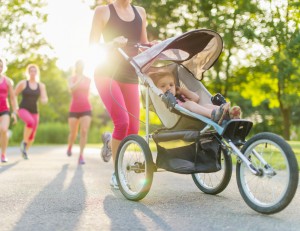 But so what? I hear women say. It’s just a “wee bit of wee” and it’s only when I run, and I just wear a pad, so it’s really not a problem. Right? This is what I hear from women an awful lot.

Have you ever worked in an aged care facility? Have you ever seen a grown adult who simply can’t control their bladder or bowels? Did you know that incontinence is a significant factor in many aged care admissions? I’ve spent time working in aged care facilities and I know too well the pained, shamed expression of a woman (or man) who has just wet their pants. It’s tragic and I’m damned sure I’m not going to let that happen to me (at least not without a serious fight).

When I talk to so many women who say their pelvic floor is “mostly okay” as long as they don’t jump, run or do a  handstand, I tell them they should be able to do these things without leaking. Most of the time they just brush it off and say it doesn’t really matter. Well I say it does. I want to be able to jump on a trampoline with my kids – and play “Pop, Bang, Go”* with them like I did when I was a kid.

But the most tragic thing, is that when I ask these women if they regularly do their pelvic floor exercises, or actively work on pelvic floor rehab (because it’s not JUST about kegels), the majority of the time they say NO.

So we have a whole bunch of women, who have just a “little problem” but aren’t doing anything about it???

One of my favourite phrases – and I say it ALL THE TIME, in every single presentation I give, is this:

Just because something is common, it doesn’t mean it’s normal.

In case you’ve never heard me talk about this before, I wrote about it here.

I also want for this topic to be opened up to a bigger discussion, on a more regular basis, especially amongst the postnatal community.

But what I really want, is for this issue to stop being “normalised”. What I’d love is for women to be able to feel comfortable talking about this, while at the same time taking control, respecting their bodies’ limitations and doing absolutely everything possible to address the issue. And not just accepting “leakage” as the status quo.

That’s what I want.

Until next time, Be Well.

* for those of you who don’t know, “Pop Bang Go” is a totally awesome handstand game to see who can hold their handstand the longest. I never won as a child. I still don’t win. But it’s all about how you play the game.

ps. If you’re here in Adelaide, and want some support to rehab your pelvic floor and core I’ve got a few options for you.

If you want to work one to one with me, check out my OT Core Restore program here.

Or, if you’re a new mum with a baby under 12 months old, you can join my Body Mind Baby postnatal wellbeing and recovery program. Our next program starts on February 4, 2016, and don’t forget we have a $50 early bird discounts available until January 15.