Back in the Swim – My Wellbeing Journey 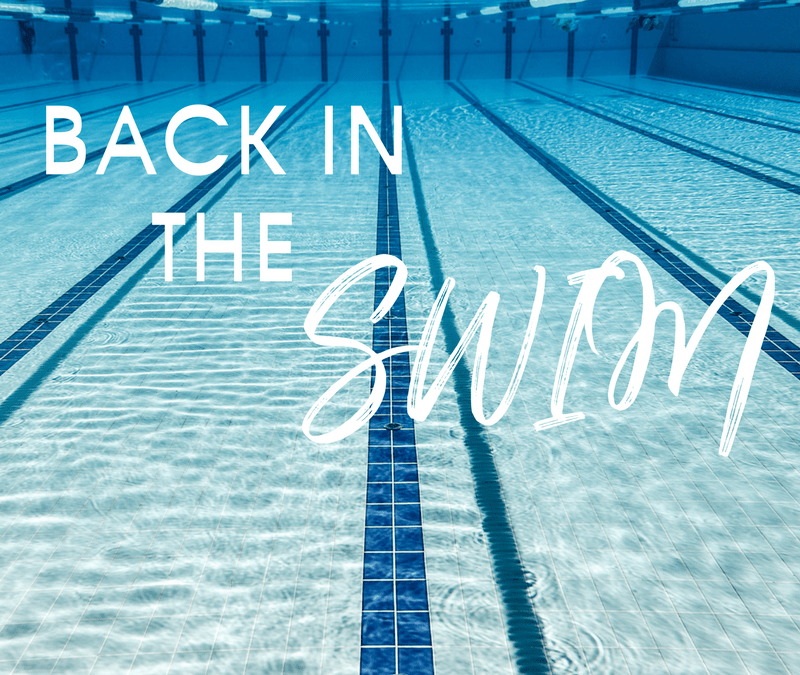 Some of you may know that I’ve been working on addressing my adrenal fatigue in recent months. And one of the things that comes along with that is a recommendation that I give up running for a while.

I’ve always had a bit of a love-hate relationship with running. I’m not a naturally gifted runner, I’m very much a plodder/shuffler/stumble over the liner. I hate that I find it so hard. But I love how it makes me feel once it’s done. The “runners high” everyone talks about. (At least, everyone who’s a runner). I loved that I worked my way up through the mileage. Beaming with pride when I finished my first 10km event, my first 15km event, my first half marathon (at which I was six weeks pregnant!)

I didn’t run much through my pregnancy, but between my first and second babies I was running pretty regularly a few times a week. But over the past four years between juggling two children, moving home to Adelaide, deciding to open my own business, and my husband changing jobs to one where he leaves the house at 5am every morning, I’ve really struggled to get back into it. I couldn’t go out for my usual early morning run as I had the girls at home, I hated running with a pram and the treadmill at the gym bores me to tears, so I didn’t run during the day, and by the time hubby got home and we made it through the cactus hour “dinner-bath-bed” routine – it was too dark. And I definitely don’t run the streets in the dark.

I’ve certainly tried, I’ve pushed myself through a run at least every other week when I found time on a weekend, and there’s been periods of time where I’ve been more motivated than others – increasing my runs to a couple of times a week – sneaking out the door as soon as hubby got home from work for a quick 20 or 30 minute job – especially in those first two years after we moved back here.

Bu then the adrenal fatigue really kicked in at the start of last year and I found I just couldn’t run. My legs always felt heavy, and I no longer actually wanted to run, despite desperately wanting to want to run (if that makes sense.)

I even signed up for two running coaching programs last year, the first one I pushed myself through with a once a week run with my personal training group. This was great – having a team around me meant that I actually went for those runs. But afterwards I would be just completely spent, and crash on the couch for the next few hours. My ‘runner’s high was completely non-existent’, and in it’s place was a ‘runner’s crash and burn’.

The second program, was a fantastic online running program, with a great online community. I had the best of intentions when I joined up – despite not listening to any of my body’s signals. I was mistaking my body’s call for rest as simply being lazy and unmotivated. “Maybe I just need a program to get me on track?”, I thought to myself. So I signed up. But I just couldn’t do it. When I did go for a run my body responded the exact same way it had in the previous program.

And it’s because it was exhausted, literally. My adrenal fatigue has just stripped my body of any energy reserves, and – quite frankly – it’s shit.

So I’ve given up on running for the next few months. Until at least April (I’m still harbouring dreams of my second half marathon in July). I’m giving my body the opportunity to rest. I’m going to be focusing on less strenuous activities such as walking, light weight training and yoga. 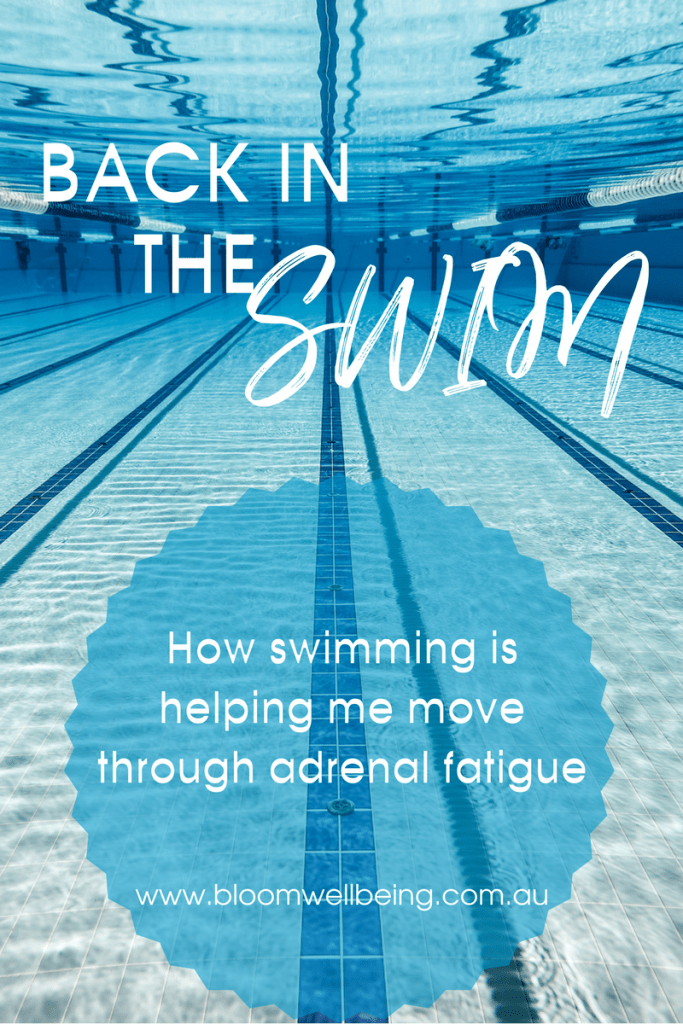 Remember when I said I’m not a naturally gifted runner? Well as it happens what I am naturally good at is swimming. I’m not fast, no sirreee. But I’m a strong swimmer and I have great endurance. A couple of decades ago I used to be a swimming instructor and lifeguard, which is how I worked my way through Uni. Back then I used to swim 2km every morning (that’s 40 laps of a 50m pool!).

But once I graduated and gave up the swim teaching, I lost the swimming for fitness alongside of it – after all, I had a full time job now and I could afford a proper gym membership! I also moved to pretty much the coldest place in South Australia and suddenly swimming didn’t seem so appealing anymore.

I dipped my toes back in the pool briefly again during both my pregnancies, but didn’t continue after I had my babies.

Until this week, when I signed myself up for the 300m swim leg of a triathlon with some people from my personal training crew. I knew there was no way I could do the full thing. But a 300m swim – that’s less than 10minutes. I can definitely manage that!

So I jumped back in the pool for my first swim in about four years. With no idea how I’d go. Would I even be able to make it to the other end of the pool without struggling for breath? Turns out I could. I did that first 300m easily, and I felt good, so I kept swimming for another 700m. And just like that I did my first 1km swim in a very long time. 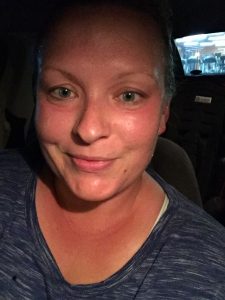 Me, after my first swim last week. Red faced, but relaxed.

But now I’ve been reminded, I think swimming is just what my body needs. Movement, that doesn’t stress it out physically – or emotionally. More than anything, I find swimming calming. It’s just me, the water and that blue line. The slow rhythmic “one, two, three, breathe” of my stroke rate is so incredibly calming. It’s basically a moving meditation.

So while I mourn the loss of my regular runs, I’m going to enjoy my return to the pool.