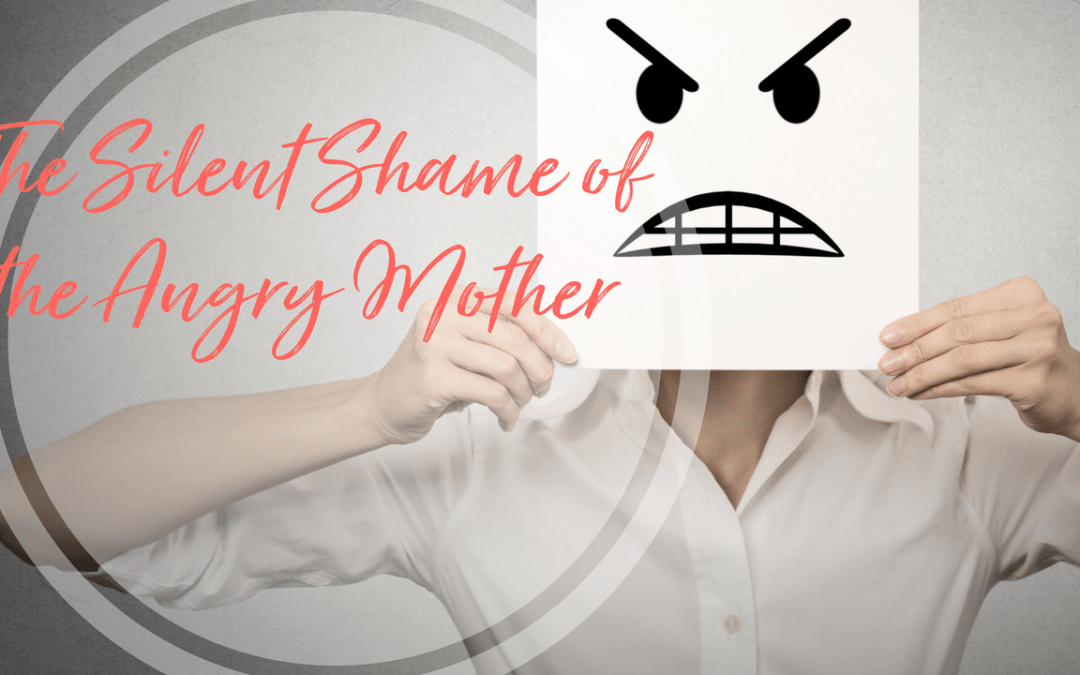 The Silent Shame of the Angry Mother

It’s 3am, an exhausted, sleep deprived mother stands over the crib of her screaming infant, the baby’s cries have been non-stop for hours. She’s tried everything. Everything. She doesn’t know what else to do. She snaps.

“Just go the f*#k to sleep!!!” she screams at her tiny, defenseless baby.

A moment later, realising what she’s just done, she slumps to the floor sobbing. Ashamed of herself, scared of what she’s become.

Who is it you empathise with more in this situation – the tiny baby, whose only crime was simply being a dependent infant? Or the mother at the end of her tether? 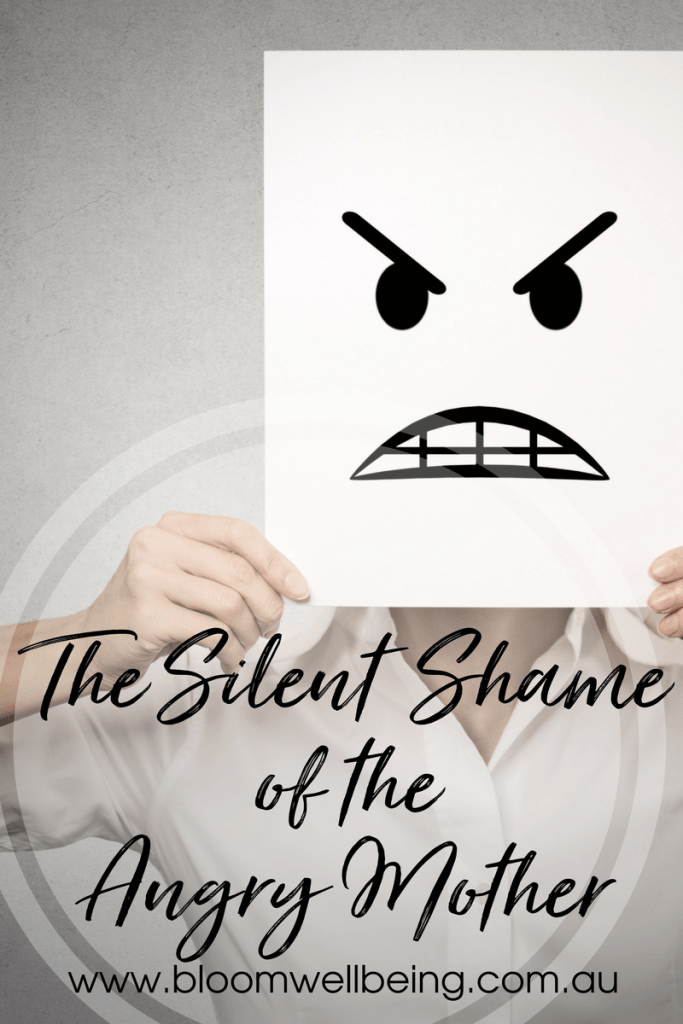 The answer to that question is likely to hinge on whether you’ve ever been that mother. Whether you’ve ever found yourself so completely overwhelmed, so completely under-resourced, so entirely depleted and so unwillingly consumed with rage, that you no longer feel in control of anything anymore. Least of all your tiny baby. Or your emotions.

I’ve heard it said that you don’t truly experience unconditional love until you become a mother. The same could also be said for this other of life’s most intense emotions: Anger. Rage. Fury.

Personally, I never experienced true rage until I had my own children. Certainly I got my knickers in a twist over many a situation – and I experienced anger – at myself, my parents, my partners, my family. But rage against your peers, or your elders is rarely seen as a source of shame. In fact, at those times, our anger is easily justifiable, the teenager raging against the impossibly strict rules of her parents, a grown woman crying hot tears of anger over a partner who cheated on her, an employee venting to a colleague about an incompetent boss. That kind of anger is understood and openly discussed – and in many cases welcomed – anger is good – it provokes you to fight back, to stand up for your rights, or to advocate for someone less fortunate than you. We can support, or at least understand, when a person’s anger is directed at someone who slighted, deceived, hurt or manipulated them.

But what happens when the source and target of your rage is a tiny infant, or a toddler, or any child? A tiny human whose only crime is simply crying too much, or refusing to sleep, or smearing finger paint over a wall, or losing their school hat for the 18th time this week?

How many mothers do you think would feel comfortable telling another person that they quite literally screamed at their baby, or stormed out of the room on their toddler, slamming the door behind them, or threw their child’s favourite toy in the bin, because they wanted to punish them so badly. It’s a difficult truth to face. And when it happens it generally brings with it mountains of shame, self-judgement and self-hatred. The women I’ve spoken to who have experienced these intermittent episodes of rage don’t intend to behave this way. When I’ve had women explain it to me they tell me of how they “just snapped”, and how petrified they are of something similar happening again. These are not mothers who are systematically abusing their children. These are wonderful, caring mothers who wholeheartedly love their children, would do anything for them. But they’re just not coping. They snap, and then they berate themselves for being a terrible mother, because “how could any mother treat their child that way?”, they believe they’re all alone in their rage, and wonder how it is that they became so unhinged. If this is how a woman sees herself after an episode of motherhood-triggered rage, just imagine what they believe others are thinking of them.

Is it any wonder they won’t admit publicly to this silent rage they’re feeling?

But if this is you. If you’re an ‘Angry Mother’, I want you to know this:

It is okay to feel angry at your child.

Anger is simply an emotion, albeit an incredibly intense one. But emotions are never inherently “good” or “bad” – not even those emotions commonly acknowledged to be negative – anger, jealousy, shame, resentment. We are entitled to feel and experience the broad spectrum of our emotions. We can’t really expect motherhood to bring us only joy and wonder. Anger is going to be inevitable at times. We’re only human.

But it’s what we do, how we act, in response to those feelings of anger that makes the difference.

Being angry is okay. Taking your anger out on your child (or any other person really) is not. That distinction is important.

So no, it’s not really okay to scream at your child, or to hit them, or to lock them away because you’re angry with them. I’m certainly not advocating for that. But what I’m saying is that these things can and do happen – to the best of us – but if we find ourselves in that situation, what we need to do is seek support to lessen the chances of it happening again, not hide away from it due to shame and fear.

It’s okay to admit to yourself how much anger you’re experiencing as a result of motherhood. In fact, acknowledging your emotions is the first step in dealing with them. Being conscious and mindful of your anger is one of your greatest protections against not letting that anger manifest into aggressive, hurtful and potentially dangerous behaviour.

What we need is a more open discourse on the emotion of anger in motherhood. Because it’s there – hidden away behind closed doors and walls of shame, fear and self-loathing. Why is it happening? Now, today, in our western society where women and mothers have even more freedom and rights than ever before? That’s an enormous question, and perhaps one for another blog post. But my focus for today’s post is to help women understand what’s happening inside their brain and body during these rage moments – so that they might be able to prevent them from happening again.

Anger is multi-faceted, and it’s origins are often misunderstood. The good news is that “lashing out” when angry isn’t an inevitability. To avoid it, it helps to have a better understanding of what’s behind a moment of rage filled behaviour.

There’s several factors at play when it comes to why we get angry:

1) The trigger. This is generally what we blame our rage on – that driver cut me off, my husband forgot to buy milk, my boss made me work late, my baby won’t stop crying. But the trigger is rarely enough to create a rage response in itself. If it were, we’d all be flying off the handle at any and every slight against us. This isn’t how the majority of us behave on a regular basis.

2) Our pre-existing personalities. We all know people who are more prone to rage than others, who are more laid back, more highly strung, more glass is half full, or more “the world is out to get me” – often these personality traits are set while we’re quite young, and are influenced by the events,  environments and relationships we experience as infants and children. (Which is not to say they are fixed, but personalities are deeply ingrained and not easily changed).

3) Our emotional and physical state at the time of the trigger. Our response to triggers will change depending on these factors. So we’re potentially more likely to act on our anger if we’re tired, sick, stressed, exhausted, overwhelmed, scared, anxious or sleep deprived (sound familiar? Hello Motherhood!) These factors can turn even small incidents into huge explosions.

4) The breadth of skills we have to deal with unpleasant emotions and feelings. Our generation didn’t get taught this stuff. We never had mindfulness lessons or yoga classes at school – it’s great to see this happening more and more in schools today. But for those of us born before the turn of the century, unless you’ve studied a health profession, or undertaken formal counselling or therapy, it’s unlikely you were ever given explicit information about how your emotions work – about how they can impact your behaviour. Emotions just were. Some people had more trouble with them. That’s about all we knew. But we now know there’s so much we can do to better address our anger, so that it doesn’t take control of us.

So what can you do? How can you better manage anger?

1) Improve your awareness of your anger.  Be more mindful of times when your anger appears, and start to make connections between your emotions, your thoughts and the physical feelings in your body. Awareness is the first step.

2) Do what you can to make positive steps on a daily basis. Check out this article from the American Psychological Society for “Strategies to Keep Anger at Bay”. Finding stress management, self care and relaxation strategies that work for you is also a helpful option, such as learning how to start a mindfulness practice.

3) Seek support. Be open and honest with someone you trust about your anger experiences and concerns, perhaps your partner, or an understanding friend or family member. If you feel like you need further support a counsellor, Occupational Therapist or psychologist can help provide you with strategies to support yourself.

Remember – managing your anger better is an entirely achievable goal. Even though it may seem overwhelming and especially traumatic when you’re in the grip of “mother-anger” it’s crucial to seek support – for your own sake, and that of your children, your family, and your relationships and connection with each other.