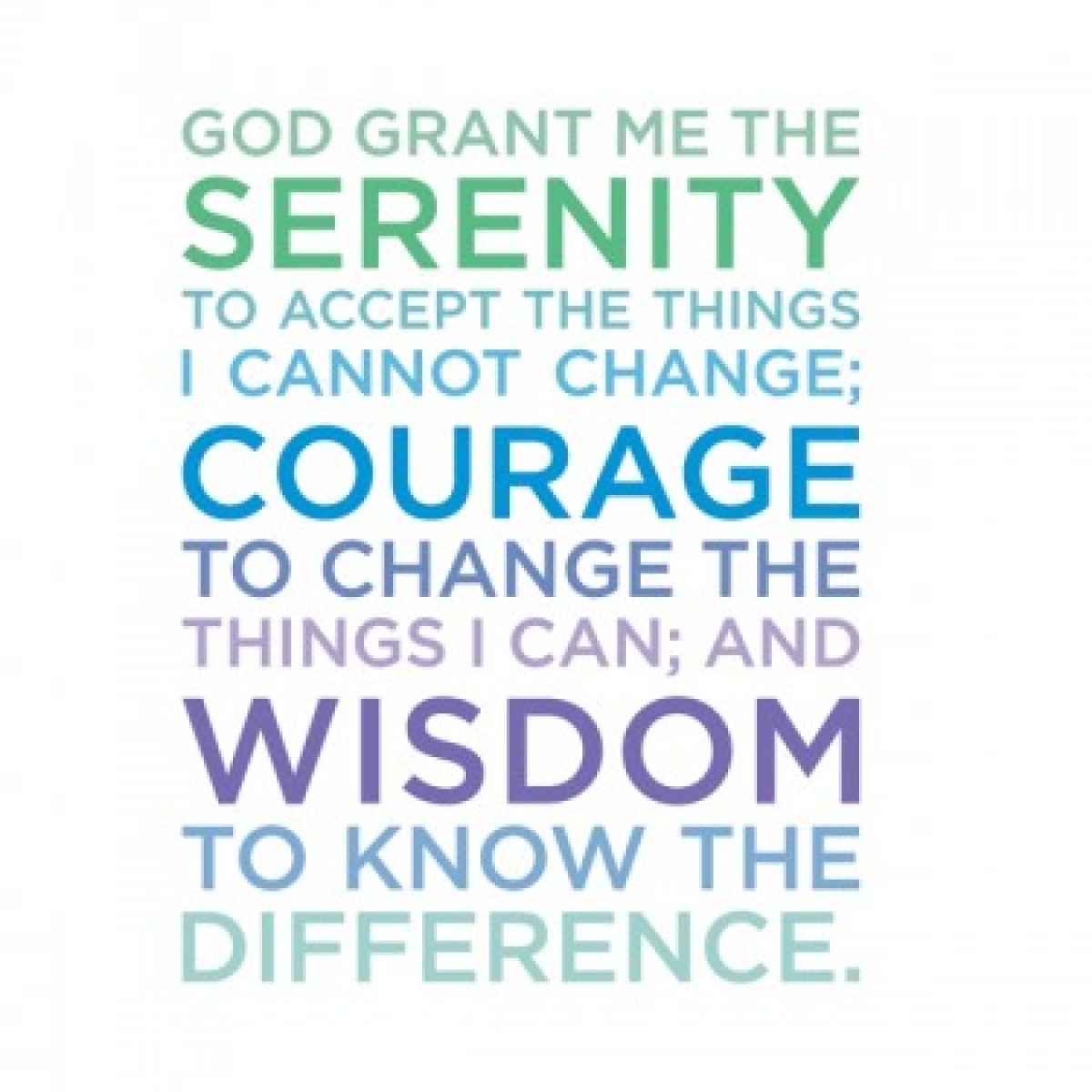 At my Mum’s house, there’s a magnet on the fridge with the following phrase on it: 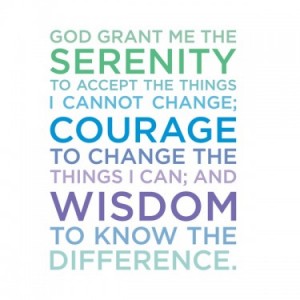 It’s called the Serenity Prayer, and it’s been around for donkeys years. Now, our family isn’t really religious, but this particular magnet has been on our fridge for as long as I can remember. We’re talking at least two, maybe three decades and four house moves – and yes, she’s had the same fridge the whole time too! They just don’t make ’em like they used to, right?

I learned this quote verbatim at an early age, sometime in my teens. But it’s something I’m only truly appreciating now that I’m a mother.

One of the biggest things about motherhood, at least for me, has been simply accepting what is happening around me at any given point. Because acceptance is not really in my nature.

But acceptance is a key factor to more meaningful motherhood.

When I was younger I thought the important part of this phrase was the “wisdom” bit. Knowing stuff is always the be-all and end-all when you’re academically minded and hell-bent on smashing your Year 12 grades (ie, a nerd). However, there were definitely times when it was “courage” that I strived for – the courage to change things. I truly LOVE change. I thrive on it, seek it out, revel in it. But there have been times when my courage needed a bolster. Like moving to the UK for two years. And then deciding not to go through with the second year because I happened to meet a nice boy when I came home for Christmas. Big changes, big courage. (ps. the boy is now my husband, so I guess that change was for the best.)

But I never, ever considered the first part – the serenity to accept the things I cannot change. Because in my youthful mind, full of all that wisdom and courage, I never really had to accept ANYTHING. Didn’t like my job? Easy, I got a new one. Didn’t like my career? Easy, I went back to Uni. Didn’t like a boy? Easy, just dump his ass! I prided myself on NEVER settling, never accepting the status quo, always expecting more from myself and always believing in my ability to change the minds of others, to mould my own world and to have (almost) complete control over pretty much my whole life.

Until I became a mother.

There are lots and lots of things you simply CAN’T do or control when you’re a mother. It pains me to say that – I hate the word CAN’T – it’s never been part of my vocabulary – “There’s always a way!” I’d say. But I’ve had to change my tune in recent years.

I have to ACCEPT that my three year old CAN’T tie her shoelaces – because she simply hasn’t integrated this skill yet, so she’s dependent on me to help her get dressed, no matter how much I want  her to be independent. I have to ACCEPT that my 15 month old CAN’T understand when I tell her “we’re only five minutes from home” – and that she will cry and scream for those last five minutes of the car journey until we get home and I can pick her up and comfort her. I’ve also had to accept that I no longer have the level of spontaneity and freedom in my life that I seriously cherished as a single woman. It’s simply not there anymore. At least not at the moment.

Acceptance is a bitch.

I know so many of us Mums who struggle against it daily. Especially us over-achieving late Gen X-ers who spent two decades doing and having it all before being thrust into motherhood in their mid 30s. But I truly believe it’s this battle against acceptance that’s leading us into all sorts of angst and misery in motherhood. Because we get so overcome by all the things we can no longer control, all the things we can no longer do, and when we focus on these – life starts to look pretty shitty. Especially compared to the kick-ass lives, bursting with freedom and control, that we were living up until a minute ago.

We do need to be more accepting of these things which are outside our realm of control.

But we also need to change how we FEEL about acceptance.

Acceptance which is given begrudgingly, tinged with anger and resentment, isn’t going to cut it. “This is what it’s like being a Mum – get used to it.” That tone and language doesn’t help anyone.

The Serenity Prayer asks for “the serenity to accept”. That’s the key. Acceptance should be given freely, without bitterness or disappointment. We need to be comfortable, calm and content with our acceptance.

Because when we can truly accept the things we cannot change – that’s when our experience of motherhood can change for the better.

ps. we delve a lot deeper into the concept of acceptance for motherhood in my “Mindful Motherhood” online program. If you’re a Mum looking for a more sustainable way to navigate the stress, guilt and overwhelm that seems to come part and parcel with parenthood, please check out the program here.