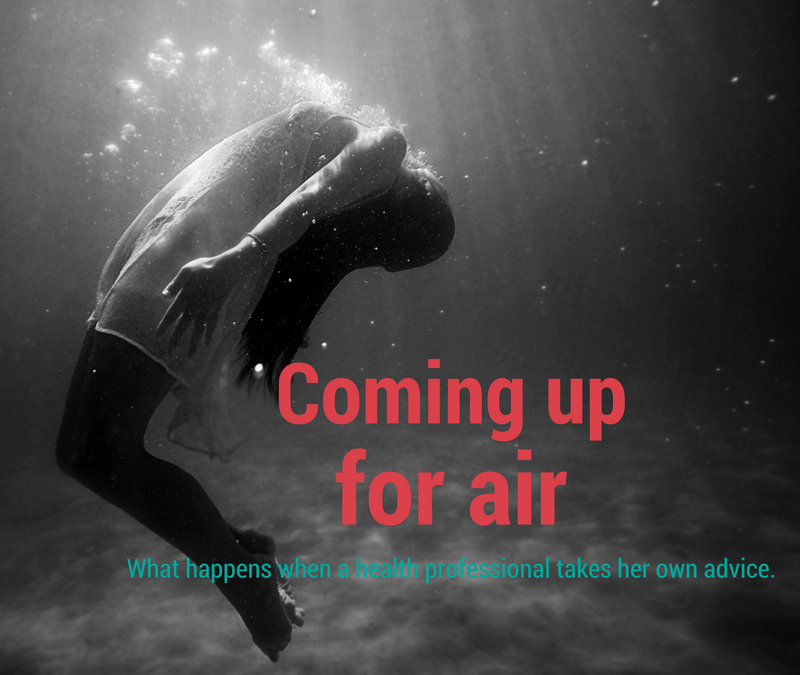 Coming up for air

As I write this, I’m sitting on my couch, still in my PJs, hair unwashed, binge-watching Barbie episodes on Netflix with my feverish, and very unwell three year old by my side. We’ve been awake since around 10pm last night. It’s now 11am. I’m certain I can officially write this entire day off. Not a thing will be achieved. I’m pretty sure I won’t even stack the dishwasher. 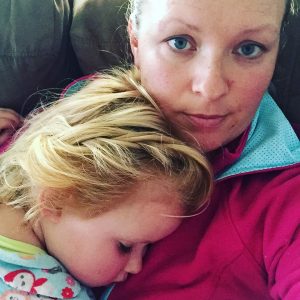 Stuck on the couch with a sick baby.

Today, I’m cool with that. I”m certainly not thrilled. I had stuff to do today. Work stuff. Home stuff. In fact, I was looking forward to several unscheduled hours to tie up a few loose ends. That’s all out the window now. No creating new resources for work. No writing modules for my new teen girls life skills program I’m currently creating. No decluttering the kids’ toy boxes. After two nights of non-existent sleep, I’ve got no energy to do anything but lie on the couch and mindlessly scroll through my Instagram feed. But, like I said, I’m taking it in my stride today. It’s not the end of the world…

But if it had have happened three months ago, or even this time last month, it might have been a different story.

You see, the past several months have been hectic, crazy busy, intense. And I don’t say that in a “look at me, I’m so busy and important” attention seeking kind of way. i actually say it in an “I’m embarrassed to say I haven’t been taking any of my own advice for at least the past year” kind of way.

It hasn’t been pretty the past several months. My clinic work hours have been long, My in-the-house work hours have been even longer. My husband and I had fallen into the woeful routine of “High Five Parenting”, exchanging barely barely more than a high five with each other as one of us walks in the door and the other walks out, our schedules so tightly packed and co-ordinated that I’ve even colour coded our respective schedules on my Google calendar.

The children, I hope, have remained relatively unscathed – I, on the other hand, have not. Coming off a period of adrenal fatigue from 12 to 18 months ago, from which I’ve never fully recovered, for these past few months I wasn’t managing well. I simply had too much to do and couldn’t do all of it. I also simply couldn’t shake this low level cold/flu/sickness that extended across several months. Coupled with a lack of motivation and energy this resulted in missed deadlines, forgotten emails, un-returned phone calls, turning up late to appointments, and a general feeling of letting people down. Which of course led to guilt, so much guilt. Plus a few little bouts of anxiety – such as the time I woke up at 4am, convinced I had left a candle burning in my clinic, and unable to get back to sleep. It wasn’t until I did an intentional drive-past at 8am on my day off, to check that the building hadn’t burned to the ground, that I could let that worry go.

None of this is like me. Not the real me. But it’s unfortunately too indicative of the “too much on my plate” me. It’s also exactly what I support women through in my work. I know, irony, right. Like I said, I’m ashamed to say I haven’t been taking nearly enough of my own advice. With a diet consisting of way too much sugar and processed foods, and too may days consisting of too little physical movement, but still not enough (contemplative) stillness, my lifestyle has been totally at odds with my message.

That’s a particularly hard thing for an allied health professional to admit. I’ve struggled to say it out loud – for fear that if I admit to not looking after myself it will somehow render me unprofessional or incompetent. A health professional who doesn’t look after her own health? A health professional who has put on 20kg and can’t shift it? Oh, the shame. But it doesn’t make me any less of an OT or Pilates instructor, and it certainly doesn’t make me any less of a person. But what it does do is simply prove that I’m human. It also gives me a greater insight into just how effing hard it can be sometimes. For people who’ve never experienced this kind of exhaustion, fatigue or anxiety, they simply can’t understand that total lack of ability to get out of bed in the morning – even if it’s for something you love, or have been desperately looking forward to for weeks. That bone-aching tiredness that prevents you from moving your legs at more than walking pace, even when you so genuinely “want to want” to go for a run. That incredulous feeling of overwhelm when you have so much to do and don’t know where to start, so you simply choose to do nothing. Unless you’ve been there, you might be able to empathise, but you don’t truly understand. It’s a very bizarre and unsettling feeling. It makes you question your worthiness as a person, and makes you wonder when, or if, the “real you” might ever show herself again.

This isn’t a situation that’s specific to any one group of people, but I have seen it so, so much in working mothers lately – particularly in those mothers who run their own business. Being a business owner / mum is a struggle every single day, and for those of us in the midst of it, it can seem that no-one else sees exactly how hard it is, as my wonderful friend Carly from Sass Place so eloquently explained in this blog post.

But, luckily for me. It has all finally seemed to turn around in the past month. Since about mid September I’ve felt like I’ve finally come up for air. That i can come home from my day at work without contemplating another few hours on the laptop to finish some important task. That I can take a full day off work without feeling the pull of what else I “should” be doing. That I’m no longer rushing – everywhere and everyone. That I can go to bed at night without a mind frustratingly going over everything I didn’t tick off my “to-do” list. So what’s changed? In short, I started heeding my own advice. 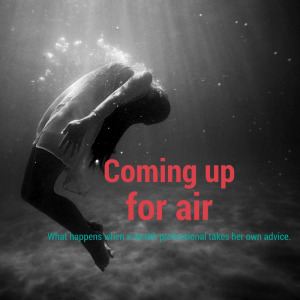 I made a concerted effort to say “no” and “yes” in a more considered fashion. Better boundaries with working hours and additional requests that required a “no”, for which previously I may have said “yes”. And more “yes” to extra quiet time, earlier nights, screen time limits, meditation, and the reading of real, actual books. I had several big events I was committed to in the past few months, including three interstate trips in five weeks. Some of them were non-negotiable, some of them I brought upon myself and potentially shouldn’t have. I’ve certainly learned a lesson about over-committing myself.

I asked for help. I outsourced tasks within my business. I booked a few sessions with a counselor. I had an art therapy session. These things all helped. Yes, they all cost money. But for me, they were worth every penny – and more. I had to invest in myself. What I was saving in terms of dollars, I was paying for in my dwindling wellbeing.

I stopped pushing so hard and accepted a level of consistency in my business. There’s no magic solution for this one unfortunately, for those of you in the slog of a start up phase of a business. Maybe I always had to put in the hard work I have done over the past two and a half years to get my business to the point where it is now running comfortably and I’m about to start a waiting list. But what I do know now is that I’ve resisted the urge to add an extra clinic day to my caseload or add more after hours sessions, when previously I would have done just that – eager to provide more services. Right now I know that’s not the right move for me. It’s time to put a boundary on myself. What I also know is that while I perhaps couldn’t have brought my business this far with less work, I could have (and should have) implemented better self care strategies. There were absolutely habits and behaviours that I overlooked which could have made a big difference to my wellbeing.

I stopped mentally beating myself up for not achieving my self-imposed expectations. The big “aha” moment came when my counselor asked me – “Have you always placed these kinds of high expectations on yourself?” It’s a classic case of not seeing the forest for the trees. I can spot a chronic over-achiever a mile away, but I couldn’t identify it in myself. What I’d always told myself was simply hard work, commitment and drive, was actually, in fact, great expectations and setting myself up for a fall. I just couldn’t see it in myself. I expected more of myself than I’d ever expect of anyone else. Who else can say that about themselves?

Which brings me back to today – as I sit here, trapped on my couch by an overheating toddler. This moment, a mere month ago, would have sent me into a tail spin. I would be trying to finish presentations or balance my expense account while caring for a sick child, getting distracted, making mistakes, and ensuring whatever tasks I tried to do only got done half as well, while taking twice the time. It all came from a place of fear. That my business, or perhaps my world, might fall apart if I didn’t keep pushing. When in fact it was the opposite. It was the push that was causing the cracks to deepen.

I’m not saying there won’t be another time where its appropriate for me to start pushing again. But I know that right now, is not the time. A forced slow down is exactly what I – and my family – need right now.

So today, as i sign off from this blog post. I’ll turn this laptop off, switch Netflix over to re-runs of the Gilmore Girls, now that munchkin is sleeping and just embrace today as a day when nothing will get done. Because the world won’t fall apart., my business will still be standing tomorrow, and I’ll still be good at my job after a day off.