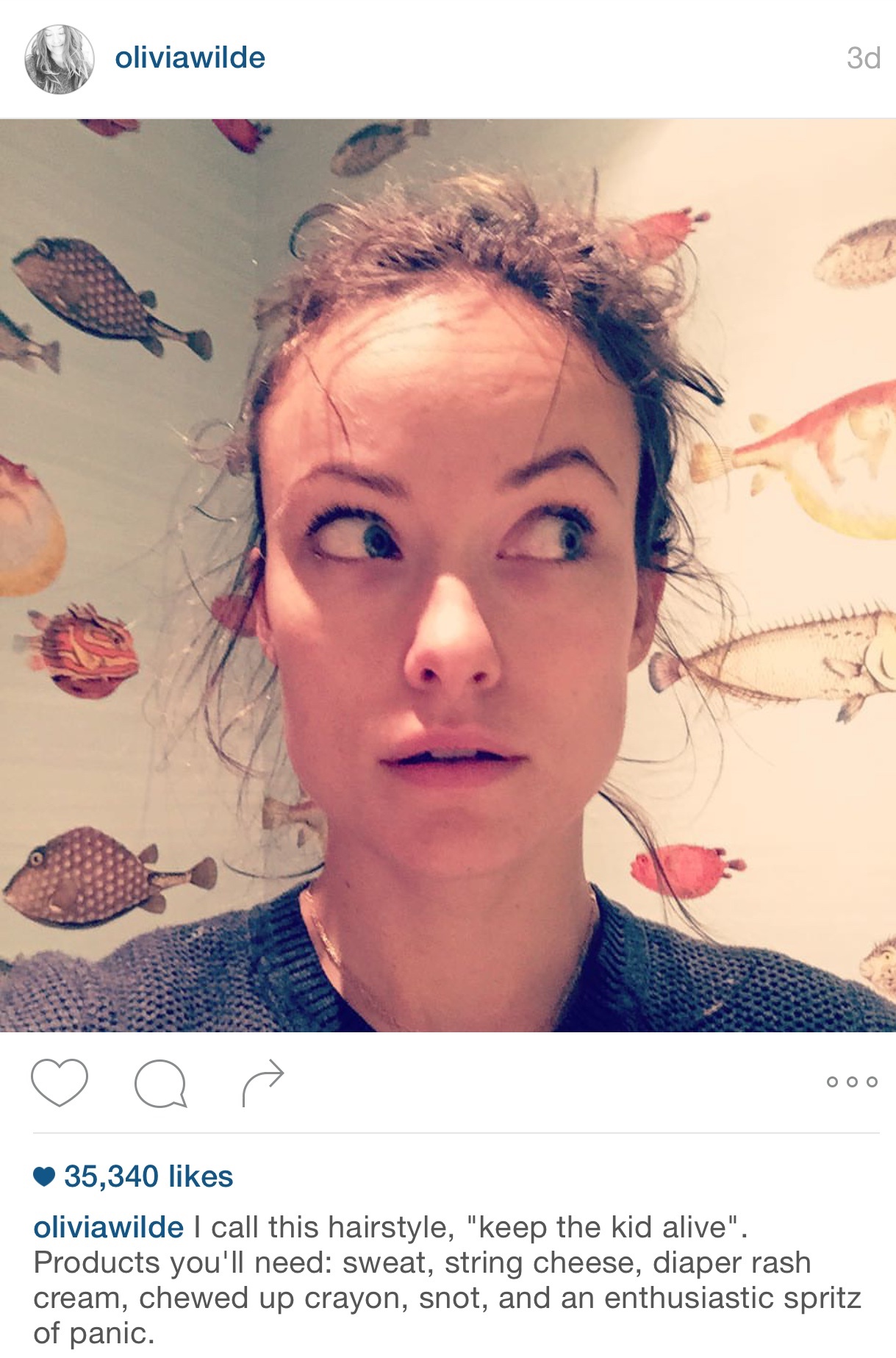 Why do we deny mothers their own experiences? 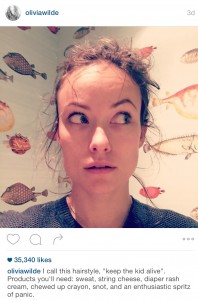 It’s from the Instagram account of actress and mother, Olivia Wilde, who you probably know from her days on the completely awesome medical drama House. It was captioned with the following comment:

I laughed, I think it’s cute, quirky, and pretty indicative of being a Mum to a little one.

To me, it’s just one Mum’s musings on being a Mum.

But if you check the comments of the facebook post it came from, you’ll soon see that many people are quick to judge. Here’s a selection of the nastiness you sadly expect online these days:

“Lol she has one kid and a nanny lol”

“I hate when moms let themselves go. No excuse! My hair and makeup is done daily.”

Unfortunately it doesn’t astound me that so many people are quick to call Olivia out on this seemingly innocuous pic. We see it every day, the Mummy-bashing that goes on online. Particularly for celebrities.

Ignoring that comment about motherhood being no excuse for not doing your hair and makeup (I didn’t get that memo, sorry), these comments seem to fit into two camps:

So it begs the question – who are we to tell women when motherhood is or isn’t hard?

We’ve got no idea how hard, or easy, motherhood is for other women.

If there’s one thing I’ve learned through doing the work that I do, it’s that every woman’s experience of motherhood is different. We can’t predict how anyone is going to manage as a mother, even from one year to the next; we can’t predict the nature or temperament of each individual child; and unfortunately, the amount of support a woman has is really no indication of how well she’s going to cope.

Let’s go back to those two points:

Motherhood is always harder at some other time.

Sure, it seems that way right? I have two girls now, an almost 5 year old and a 2 and a half year old. And right now, dealing with them is pretty challenging, not least because my youngest is totally embracing the “terrible twos” with a fervour I could barely have imagined. And yeah, it feels harder than ever right now. But remember that humans have pretty selective memories. We’re so focused on the present day and our current experiences and emotions have so much gravity, that our past experiences sometimes fade in comparison. Cognitively, I recall how hard those first few months with my first newborn were. But I don’t really viscerally remember the bone aching tiredness I experienced at the end of every day with my newborn, the intense fear I had each night as I put her to bed that she would stop breathing in the middle of the night, or the complete sense of cluelessness I had that I was doing absolutely everything wrong.

So is this current stage of my parenting life harder than that newborn stage? I don’t know. Sure it feels like it. But could that be just because I’m going through it right here and now. Things always seem bigger when you’re in the middle of them.

What I do know, is that I’m damned sure it wouldn’t have helped me at all at that point in my life, if, when I reached out for support, to have someone say to me – “Oh, this is nothing, wait till you have two, then you’ll know how hard motherhood is!”

We need to be so careful with our words. They carry so much power, especially when they’re directed at people in vulnerable circumstances. They have the power to shut people down.

We don’t want to shut mothers down. We want to encourage discussion, and open, honest communication about the wide gamut of emotion and experience that pulls together to create the realm of motherhood. Because if mothers get shut down for talking about their “keeping the kid alive” hairdo, how reluctant might they be to speak up when there comes a time that they’re dealing with something bigger, something more sinister, for which they need more support.

Which brings me to my second point.

There seems to be some unwritten rule that being a Mum is easier for people with fame and/or money, because they can afford to hire more help, have more time off, or something along those lines.

But is this really true? Does having more money and more help make motherhood “easier”? Maybe, but I guess it depends on your definition of “easy”.

Certainly, the drudgery and relentlessness of dirty nappy changes, cleaning up baby vomit and endless sleep deprivation is one type of hard. And yes, having practical help probably does make the day to day life of a mother “easier”, in this practical respect.

But motherhood isn’t a purely pragmatic concern. Motherhood is something that happens inside of you. Something that changes in your soul, your psyche, that you can’t switch off.

Even the woman who has full time help and a bank balance to rival Scrooge McDuck can find motherhood hard. Because she’s still a Mum. She may have all the nannies in the world, but she still has a whole range of hopes, fears and dreams for her children over which she has no real control. She’s also likely to have a pre-conceived notion of who she is as a mother, and how well she’s filling that role.

That’s the other “hard” part about being a mother. When our expectation of ourself as a mother doesn’t match up with the reality of our motherhood experience. This is something that can happen to anyone and everyone.

Just because someone is famous and rich, doesn’t mean they’re “doing it easy” when it comes to motherhood. Just this month we heard the story of another Hollywood actress, Hayden Panettiere, (star of my new favourite show, Nashville), who has sought treatment for postnatal depression. Sure Hayden is beautiful, talented, successful, and yes, probably rich. But that didn’t prevent her from developing depression. Because PND doesn’t have boundaries, it can affect anyone. 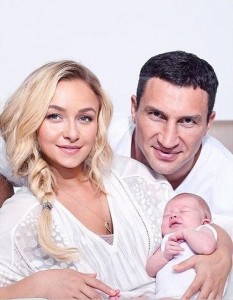 I know it seems a long stretch from an Instagram post of messy hair, to a conversation about postnatal depression. But this post isn’t really about messy hair photos.

It’s about the way we consider and communicate with each other as mothers. It’s about understanding that we all have our own experiences of motherhood. That we are all entitled to feel exactly what we feel, and to be able to express this, without fear of being ridiculed or dismissed. It’s about the fact that one woman’s experiences of motherhood shouldn’t invalidate another’s. That there’s room in the relationship between one mother to another to accept our differences in experiences and opinions, without feeling the need to qualify (or disqualify) them against our own.

In short. Let’s not deny mothers their experience. Let’s not judge, dissuade, placate, or outdo them when they speak. Rather, be with them, laugh with them, cry with them – and most of all listen. Because if we don’t listen to the little things, we won’t get told the big things.